Children develop a sense of what’s going around them at just 14 months. Ever since then, they become very concerned about their actions and their parents’ behavior towards them.

Parenting is a scenario that is almost never-ending from infant to adolescent and maybe after marriage. Parents think that the rules and boundaries which they set for their children at the moment when they were infants will work at teenagers and adults. However, what they fail to understand is, until this age, children acquire a relation-breaker thing called “privacy.”

Now, as a teenager myself, I can tell how much it makes me feel defenestration when my parents try to step in.

Research shows that children after 14 are responsible for their own choices and mistakes. As teenagers, it is very likely to make bad decisions. That’s what they do. As a parent, you can guide them, but making decisions on behalf of them by invading their privacy will only make things worse.

Teenagers are always insecure about their life. It’s their nature; you can’t help it. Parents who often try to invade their children’s privacy to know them better, end up knowing them the least and spoiling their relationship. Sometimes, parents bugging in their children’s life can make them feel lonely and unconﬁdent. When the child is alone, it’s very likely for him/her to make the wrong decision.

Like, for example, if you’ll see one of the popular daily soap “Gilmore Girls” you’ll understand my point. Emily’s habit of knowing and controlling her daughter made her make a wrong decision. On the  other hand, Roary became a wonderful kid. All because of a single thing, “trust.”

Parents indeed have to make all the decisions for their children when they are young, but they need to understand that after the age of 14, children must learn how to make their own decisions. 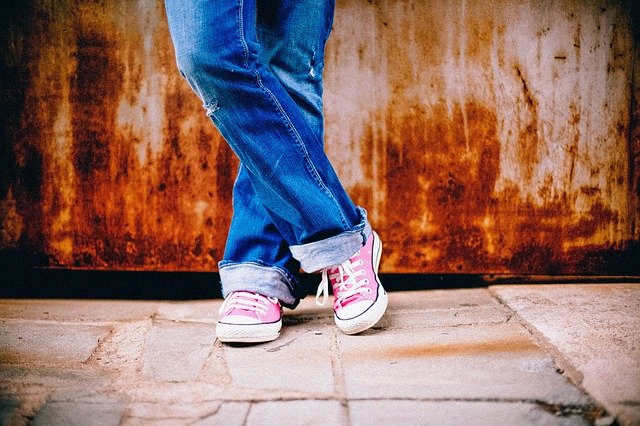 It does not mean you will allow your ward to do whatever they want to. Your job as a parent is not only to bail your children out of trouble. You have to disagree with your child and make him/her understand the whole situation and help them make a meaningful decision.

Matters like friends, relationships, career, job, and personal items which make teenagers most insecure are reading personal diaries, going through phones, and maybe snooping in their rooms. Teenagers want their space (privacy), and most of

them believe in learning and acting by their wish, not by what others think, not even their parents. The age at which you can control and make them wise is from 1 to 9 or max. 10. Sit with your child and talk. Make them realize the diﬀerence between wrong and right at an early age. Start with the things they understand. Like if you are in the market, and saw another kid nearly the same age as yours is ﬁghting with his mother, yelling and embarrassing her.

Tell your kid that he is doing wrong, and you must not act like that. Teach your kid to share and not to be a narcissist, so, when your six years old become sixteen, they’re nice and not waste their time in stupid teenage ﬁghts. Make them feel they can share everything with you. Make them believe you’re not just their parent but a friend. Make them read good books.

Many children do not have an interest in reading books. That’s alright—their many good movies which you can make them watch. Sit with them while watching movies. There are many audio books available nowadays. Make them use these. These little things taught to them at an early age will help them make better decisions afterword. Be their friend. That way, they will come to you to share things that they feel like worth sharing. Of course, there will be things they will hide from you, but you need to show patience and believe in your upbringing. That sums it all up not to invade your child’s privacy until it’s essential.

The government should organize seminars for the counselling of parents on the same. Work pressure, managing household, and growing children is a very stressful situation; this often makes parents make the wrong decision. After all, they are humans too. There is nothing to be ashamed to be counselled on parenting as far as it’s concerned in the development of the child’s skills and view towards life