An unexpected event occurred on 14th January 2019. The terrorist attacked deadly in Pulwama in which 40 soldiers were killed on the Jammu-Srinagar highway, drove up next to a massive security convoy, donated around 60 KG of powerful RDX. The bomb was so powerful that a body was flung 80 meters away from the Pulwana Terror attack.

From the source of Central Reserve Police Force (CRPF), a finding has come up that the Pulwama Terror Attack is the worst attacks in the decades.

The sources say that the explosive had shaped to focus impact and penetrate armour in India.

The investigations had said earlier that the Jaish-e-Mohammed suicide bomber was disguised his identity as Adil Admad Dar, rammed a CRPF bus with his Scorpio SUV carrying about 350 Kg of explosives. 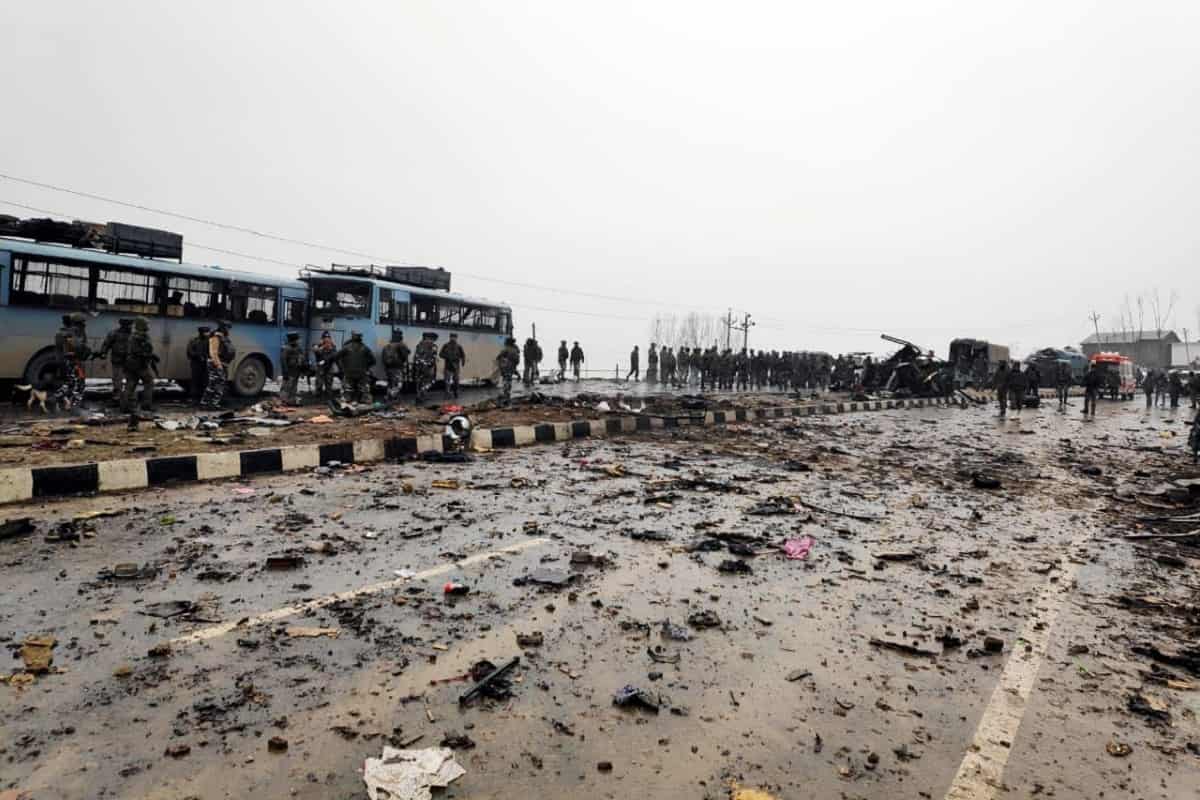 But now, the investigations have appeared to be different in the way that the terrorist was driving a Sedan, not an SUV, and it had 60 kg RDX which blew up in a 150 meters radius.

The suicide bomber didn’t run out from the bus but shattered the explosives right next to it. He overtook the convoy of 78 buses from the left. The worst impact was happening, which shocked the heart of every person over the Nation. 40 Jawans were killed, many were injured and a body was flung 80 meters away from the targeted spot.

The bus was blown to bits and the steel parts were all mangled. Human remains were scattered across 100 meters stretched of the Jammu Srinagar highway. There was blood all around.

Still, it is not clear that how far, a 22 years old school dropout boy who lived just 10 km from that deadly spot where the blast has happened, managed to get hold of the RDX and also, who helped him.

Investigations are still going on and they are investigating how he had managed to access the highway that had been sanitized hours before for the CRPF convoy.

This deadly Pulwama terror attack indicates the long planning was done over the years by the Pakistan based Jaish-e-Mohammed, run by Masood Azhar. Presently, Masood Azhar is roaming freely in Pakistan.

As protests erupted in all the surrounding states over the attack on the CRPF convoy at Pulwama, a flag seller in Pune, did a brisk business in selling Pakistani flags.

A famous flag seller in his vicinity, named MurudkarZendewale, sold over 100 Pakistani flags on Friday and gave lighter free with every flag. People purchased the Pakistani flags and burnt in many places and corners in the city in the wake of the terror attack at Pulwama. People expressed anger in Pakistan, which is accused of harbouringJaish-e-Mohammad, the terror.

Tribute By The Celebrities:

Many celebrities have taken pity on this Pulwama terror attack. Star cricket Virat Kohli has postponed the RP-SG sports honours, which was supposed to take place on Saturday as a mark of respect to the 40 CRPF Jawans martyred. “The RP-SG Indian Sports Honours has been postponed. At this heavy moment of loss that we all find ourselves in, we would like to cancel this event that was scheduled to take place tomorrow,” Kohli wrote on his twitter handle on Friday night.

Veteran actor Shabana Azmi and her husband, lyricist-writer Javed Akhtar were invited to Pakistan by the Karachi Arts Council for a two-day event. They have said that they have decided not to attend Kaifi Azmi’s birth centenary celebrations held in Karachi in the wake of the  Pulwama terror attack.

“@Javedakhtarjadu and I were invited for a 2-days event celebrating Kaifi’s Centenary and were truly looking forward to it. I appreciate that our hosts the Karachi Arts Council mutually agreed to cancel the event at the nth hour in the wake of Pulwama terror attack,” Azmi posted on her Twitter handle.