Today, I woke up early in the morning and I saw outside. What is that? Wonderful weather it was.  The sky was full of clouds and cool air was blowing. I was feeling pleasant at that moment. I started clicking pictures of the wonderful sky. Suddenly, it started raining heavily. I was drenched in the rain and was enjoying it. The weather had become so cool and romantic. I was crazy to listen romantic monsoon songs. 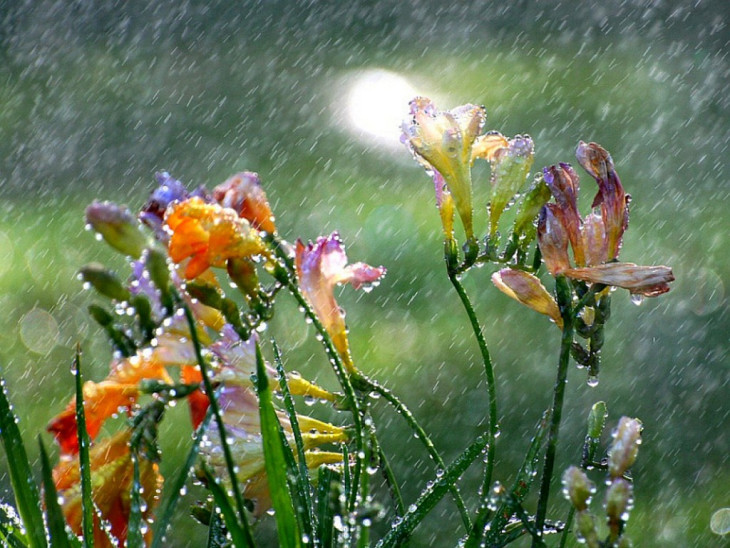 Monsoon had come on our doorsteps. Whenever rain starts, some romantic songs always come in our mind. If there is raining, you can enjoy chae pakora with romantic songs. I am sharing with you romantic and monsoon songs. There are 10 romantic monsoon songs which you may enjoy in rain. Let’s listen one by one.

Aaya Re Aaya Re O Sanam

This song is the first which comes to my mind. The top most monsoon song is “Aaya Re Aaya Re” from “Chup Chup Ke” movie which filmed on Shahid Kapoor and Kareena Kapoor. Kunal Ganjawala, Sunidhi Chauhan is the singer of this song.

“Janam Dekh Lo” is one of my favorite romantic monsoon songs.  This song is from the “Veer Zara” movie. This song played by Shahrukh Khan and Priti Zinta and sang by the lovely voice of Udit Narayan

“Mohabbat Barsa Dena Tum Savan Aaya Hai” is one of the romantic monsoon songs from the movie “Creature 3D“. This song Starred by Imran Abbas and Bipasha Basu and sang by the handsome guy Arijit Singh with his lovely voice.

“Tip Tip Barsa Pani” is also one of the romantic monsoon songs from the movie “Mohra“. This song Starred by top most actor Akshay Kumar and beautiful actress Raveena Tondon. This song sang by the handsome guy Udit Narayan and Alka Yagnik.

“Ladki Badi Anjani Hai”  song is one of the romantic songs from the movie “Kuch Kuch Hota Hai” which will always evergreen. All songs are super hit of this movie. This song Starred by Shahrukh Khan and Kajol and sang by the Alka Yagnik and Kumar Sonu with their lovely voice.

“Zoobi Doobi Zoobi Doobi” is taken from the movie “3 Idiots“. All songs are superb and the movie is also super hit. This song played by actor Amir Khan and Kareena Kapoor which sang by the handsome guy Sonu Nigam and Shreya Ghoshal with their sweet voice.

Let’s Enjoy “Koi Ladki Hai Jab Vo Hasti Hai” which is a monsoon song from the movie “Dil To Pagal Hai“. This song Starred by Shahrukh Khan and beautiful actress and dancer Madhuri Dixit. It had sung by most beautiful voice owner Lata Mangeshkar and Udit Narayan.

Everyone knows “Tum Hi Ho” is one of the romantic monsoon song itself of “Aashiqui 2”. This song played by Aditya Roy Kapoor and Shraddha Kapoor and sang by the again my favorite and handsome singer Arijit Singh and Shreya Ghoshal with his lovely voice and smile that is very appreciated.

Let’s enjoy again “Mujko Barsaat Bana Lo” from the movie “Junooniyat” is the monsoon song. This song filmed by Pulkit Samrat and Yami Gautam and sang by the Singer Armaan Malik.

Music is really the most important role play in our life which finish our boredom. Think! If there is no music in the world, What happens? So, guys!! Enjoy songs and monsoon season. Enjoy your life like music. Never get bored.!!