I am always worried about wardrobe cleaning. how to keep organized the wardrobe. Sunday becomes more hectic and busy rather than a working day. But this Sunday, my son Bhargav helped me with Ariel’s easy tips for wardrobe cleaning and converted this Sunday into #SONDay. So, its time to take the second #SONDay challenge. 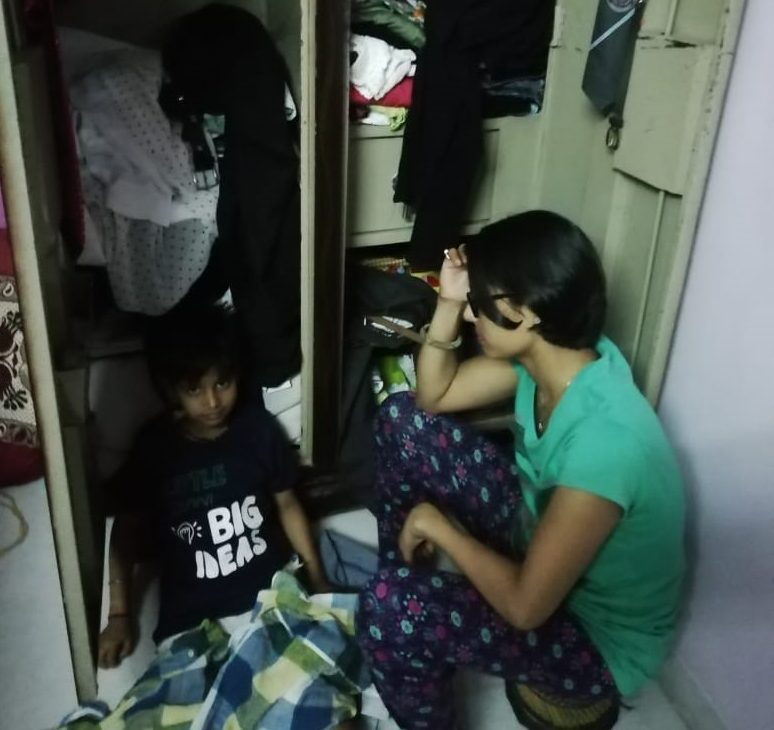 After the laundry challenge, we are on the next challenge “Wardrobe Cleaning”. So, Let’s teach our son to make help with Mom.

Bhargav always be ready to help me. I taught him from childhood to help others. And I really proud of him. He never says No for any work which I ask him. Our son must be taught new life skills like learning to cook, doing laundry, and welcoming to the guests so that they can be manage of household and #ShareTheLoad, when they grow up. If they learn, they can’t depend others.

I observe many times from my childhood. Almost Moms hadn’t go anywhere because of too much workload and their husband and son don’t think about her. I realized that this is not fair for a women. She lives in so many boundaries and can’t live her life freely. Then I think that we should teach such kind of work to our son.

After all, the sons of today will become the husbands of tomorrow, so why not train them right away to share the load?

The new and improved Ariel claims to remove the toughest stains in just one wash because with Ariel, #ToughIsEasy. Ariel claims to be the expert when it comes stain removal.

The first edition asked the viewers – Is laundry only a woman’s job? The second edition questioned its viewers as to – Why is laundry only a women’s job? It shows us how a father apologizes to his daughter for she has carried the load herself for so long.

He then makes her a promise to ensure his son shares the load. The third edition, released in January 2019, (Share the Load 3.0) revolves around a mother, a daughter and a son highlighting the difference in the upbringing between the daughter and son in terms of household chores and laundry.

It is true that more men today Share The Load than ever before. But, despite progress, as a society, we’re still far from complete household equality, hence the movement’s return. With laundry at its center, Sons #ShareTheLoad, the influential campaign’s third and newest film, shows a mother, realizing the inherent unequal way in which she raised her two children, and then correcting the situation by teaching her son how to do laundry.

Back when it all began, 2 out of every 3 women felt there was inequality between men and women in the home. At the same time, 76% of men believed that laundry is a woman’s job. Then along came Ariel’s first entry in the #ShareTheLoad saga, and raised an important question:

Is laundry only a woman’s job?

So, Guys, Participate in Ariel Campaign and let him make helpful. Thanks, Ariel for the amazing idea or initiative for mammas.

‘I pledge to #ShareTheLoad in household chores in association with Ariel and BlogAdda.‘